Drag-and-drop is a popular and easy-to-learn pointing gesture: move the pointer to an object, press and hold to grab it, “drag” the object to a new location, and release to “drop”. D3’s drag behavior provides a convenient but flexible abstraction for enabling drag-and-drop interaction on selections. For example, you can use d3-drag to facilitate interaction with a force-directed graph, or a simulation of colliding circles: 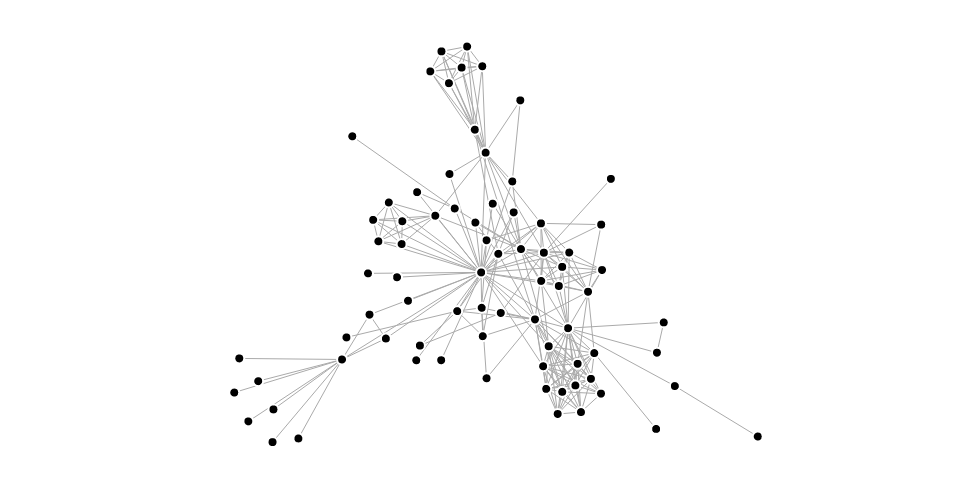 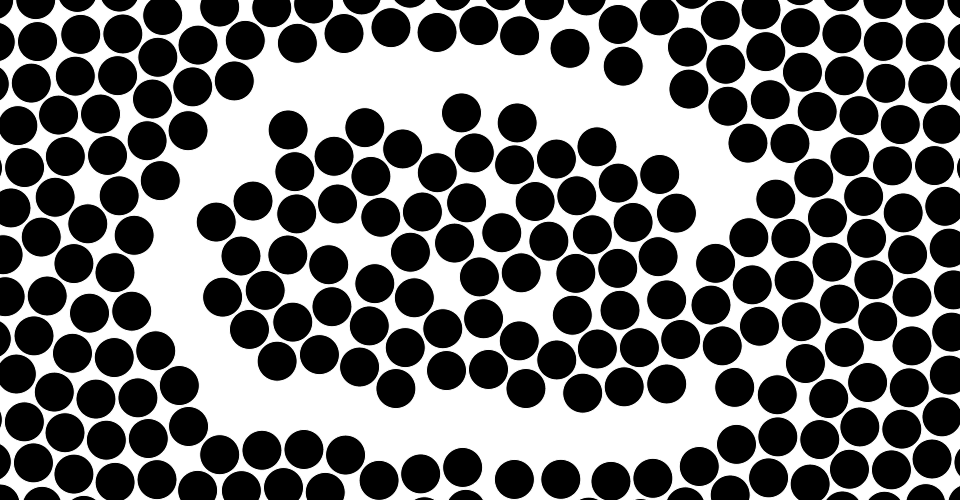 You can also use d3-drag to implement custom user interface elements, such as a slider. But the drag behavior isn’t just for moving elements around; there are a variety of ways to respond to a drag gesture. For example, you can use it to lasso elements in a scatterplot, or to paint lines on a canvas: 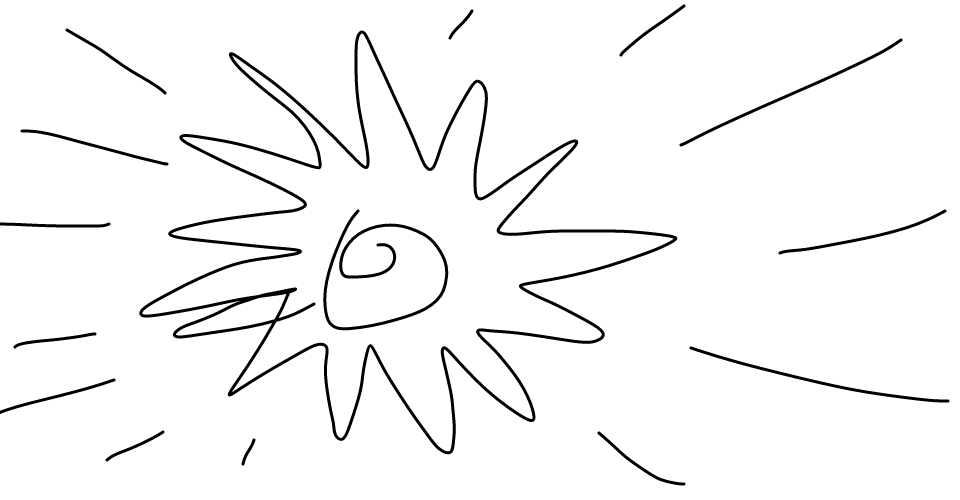 The drag behavior can be combined with other behaviors, such as d3-zoom for zooming. 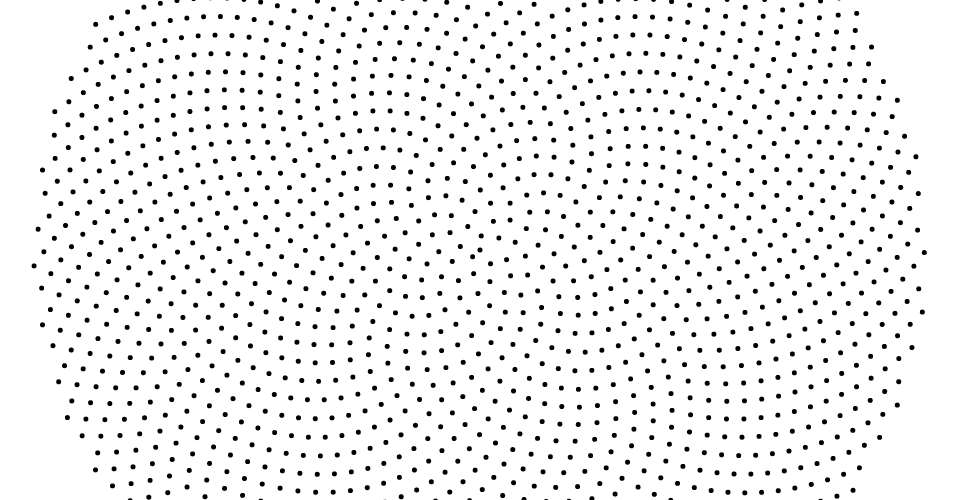 The drag behavior is agnostic about the DOM, so you can use it with SVG, HTML or even Canvas! And you can extend it with advanced selection techniques, such as a Voronoi overlay or a closest-target search: 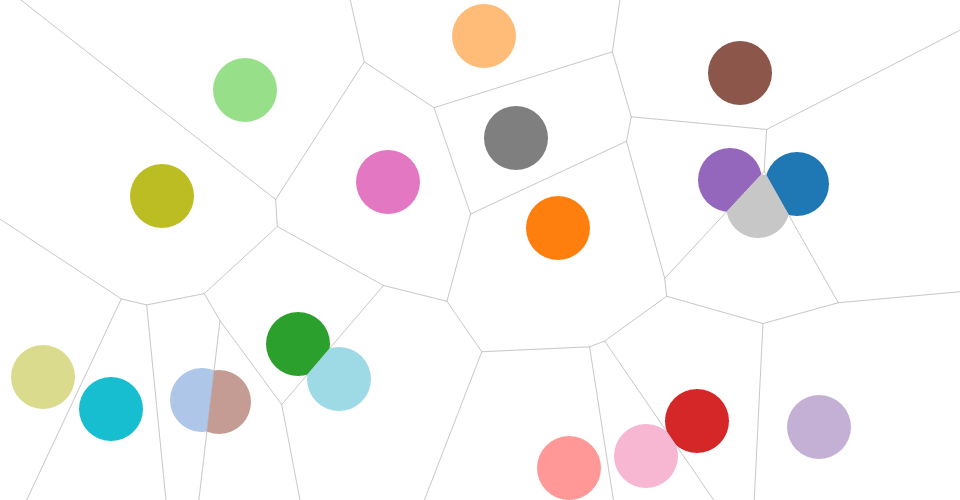 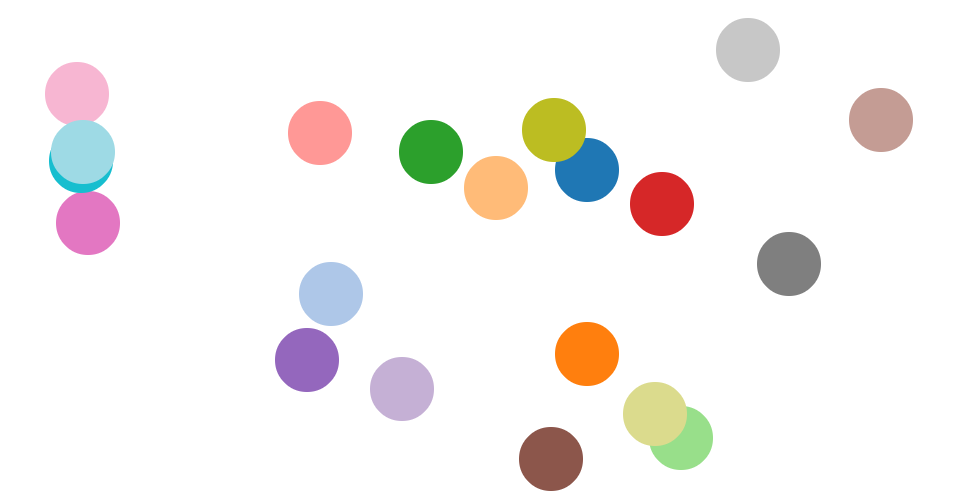 If you use NPM, npm install d3-drag. Otherwise, download the latest release. You can also load directly from d3js.org, either as a standalone library or as part of D3 4.0. AMD, CommonJS, and vanilla environments are supported. In vanilla, a d3 global is exported:

Try d3-drag in your browser.

This table describes how the drag behavior interprets native events:

The propagation of all consumed events is immediately stopped. If you want to prevent some events from initiating a drag gesture, use drag.filter.

Creates a new drag behavior. The returned behavior, drag, is both an object and a function, and is typically applied to selected elements via selection.call.

Applies this drag behavior to the specified selection. This function is typically not invoked directly, and is instead invoked via selection.call. For example, to instantiate a drag behavior and apply it to a selection:

The container of a drag gesture determines the coordinate system of subsequent drag events, affecting event.x and event.y. The element returned by the container accessor is subsequently passed to d3.mouse or d3.touch, as appropriate, to determine the local coordinates of the pointer.

The default container accessor returns the parent node of the element in the originating selection (see drag) that received the initiating input event. This is often appropriate when dragging SVG or HTML elements, since those elements are typically positioned relative to a parent. For dragging graphical elements with a Canvas, however, you may want to redefine the container as the initiating element itself:

Alternatively, the container may be specified as the element directly, such as drag.container(canvas).

If the filter returns falsey, the initiating event is ignored and no drag gestures are started. Thus, the filter determines which input events are ignored; the default filter ignores mousedown events on secondary buttons, since those buttons are typically intended for other purposes, such as the context menu.

Touch event listeners are only registered if the detector returns truthy for the corresponding element when the drag behavior is applied. The default detector works well for most browsers that are capable of touch input, but not all; Chrome’s mobile device emulator, for example, fails detection.

The subject of a drag gesture represents the thing being dragged. It is computed when an initiating input event is received, such as a mousedown or touchstart, immediately before the drag gesture starts. The subject is then exposed as event.subject on subsequent drag events for this gesture.

(If necessary, the above can be accelerated using quadtree.find.)

The returned subject should be an object that exposes x and y properties, so that the relative position of the subject and the pointer can be preserved during the drag gesture. If the subject is null or undefined, no drag gesture is started for this pointer; however, other starting touches may yet start drag gestures. See also drag.filter.

The subject of a drag gesture may not be changed after the gesture starts. The subject accessor is invoked with the same context and arguments as selection.on listeners: the current datum d and index i, with the this context as the current DOM element. During the evaluation of the subject accessor, d3.event is a beforestart drag event. Use event.sourceEvent to access the initiating input event and event.identifier to access the touch identifier. The event.x and event.y are relative to the container, and are computed using d3.mouse or d3.touch as appropriate.

If distance is specified, sets the maximum distance that the mouse can move between mousedown and mouseup that will trigger a subsequent click event. If at any point between mousedown and mouseup the mouse is greater than or equal to distance from its position on mousedown, the click event follwing mouseup will be suppressed. If distance is not specified, returns the current distance threshold, which defaults to zero. The distance threshold is measured in client coordinates (event.clientX and event.clientY).

The typenames is a string containing one or more typename separated by whitespace. Each typename is a type, optionally followed by a period (.) and a name, such as drag.foo and drag.bar; the name allows multiple listeners to be registered for the same type. The type must be one of the following:

Changes to registered listeners via drag.on during a drag gesture do not affect the current drag gesture. Instead, you must use event.on, which also allows you to register temporary event listeners for the current drag gesture. Separate events are dispatched for each active pointer during a drag gesture. For example, if simultaneously dragging multiple subjects with multiple fingers, a start event is dispatched for each finger, even if both fingers start touching simultaneously. See Drag Events for more.

Prevents native drag-and-drop and text selection on the specified window. As an alternative to preventing the default action of mousedown events (see #9), this method prevents undesirable default actions following mousedown. In supported browsers, this means capturing dragstart and selectstart events, preventing the associated default actions, and immediately stopping their propagation. In browsers that do not support selection events, the user-select CSS property is set to none on the document element. This method is intended to be called on mousedown, followed by d3.dragEnable on mouseup.

Allows native drag-and-drop and text selection on the specified window; undoes the effect of d3.dragDisable. This method is intended to be called on mouseup, preceded by d3.dragDisable on mousedown. If noclick is true, this method also temporarily suppresses click events. The suppression of click events expires after a zero-millisecond timeout, such that it only suppress the click event that would immediately follow the current mouseup event, if any.

When a drag event listener is invoked, d3.event is set to the current drag event. The event object exposes several fields: